Is Alicante worth visiting?

Is Alicante worth visiting?

Alicante is most definitely worth visiting and has something for everybody without having to break the bank. Whether it’s an authentic Spanish city break you’re looking for, a lively beach resort holiday or a quaint coastal retreat – Alicante is a great place to visit for all three!

Getting to and from Alicante Airport

The distance from the airport to the city centre is roughly 15km. A taxi will take around 20 minutes and cost in the region of €20.

For those happy to take public transport – here’s everything you need to know about Alicante’s Airport transport.

If you’d prefer to hire a car, there are many companies based at the airport and we recommend checking out Travel Supermarket’s Car Hire website to find the best deals.

Destinations along the Costa Blanca, including popular spots such as Benidorm (45km away) are well-connected from here. Other well known cities nearby include Valencia (166km) and Murcia (82km).

Cost of living in Alicante

We recommend booking.com for a whole range of accommodation options to suit any budget in Alicante.

Simply select your preferred dates, number of people and filter your search as per your requirements (sorting by price (low – high) is usually a good starting point).

With over 200km of coastline and around 330 days sunshine a year, it’s never a bad time to head to Alicante!

Expect plenty of sunny days even in the winter month.

Although it’s not renowned for its history, this could be seen as a plus when it comes to exploring the culture of Alicante.

The Santa Barbara castle is one of the best preserved in the area, and the views are second to none – especially at sunset!

Other notable sights include strolling through the Santa Cruz neighbourhood, which is the prettiest and oldest in town.

It’s sometimes forgotten that Alicante is a major Spanish port city, with a wide range of things to do no matter what your preferences are.

It’s the second biggest city in the Valencia region

Although it’s influenced by tourism thanks to the handy airport and nearby resorts – Alicante also makes for a great city break.

It’s a really attractive place with a castle, old quarter and a long waterfront.

Another big plus is the fact that everything is an easy walk.

For those wanting a day or two in Valencia itself, you can always hop on an inexpensive train which takes under 2 hours. 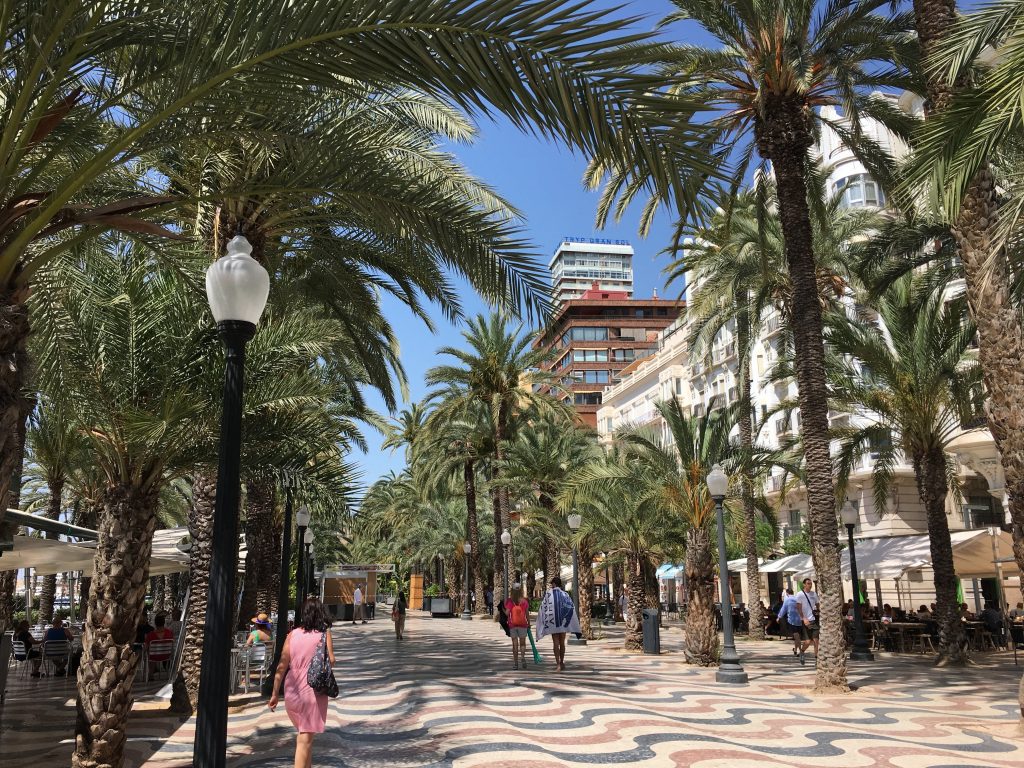 Just as its healthy nightlife made a name for itself long ago, the city’s cuisine is also worth mentioning.

Mainly based on fresh produce, seafood from off its coastline, olive oil and rice, Alicante features a very Mediterranean diet.

With that said, you won’t struggle to find a range of options to suit any preferences here.

The nightlife is legendary

Buzzing all year round, the nightlife in and around the city is great.

It is a major city however and very Spanish unlike the nearby Costa Blanca resorts such as Benidorm.

In the minds of many, Alicante is often lumped together with such resorts and it shouldn’t be.

Over 200km of coastline

For those looking for a beach holiday, there’s no shortage of coastline for you to choose from.

Whether it’s a lively resort or a more relaxed setting, Alicante offers a wealth of options to suit any budget. 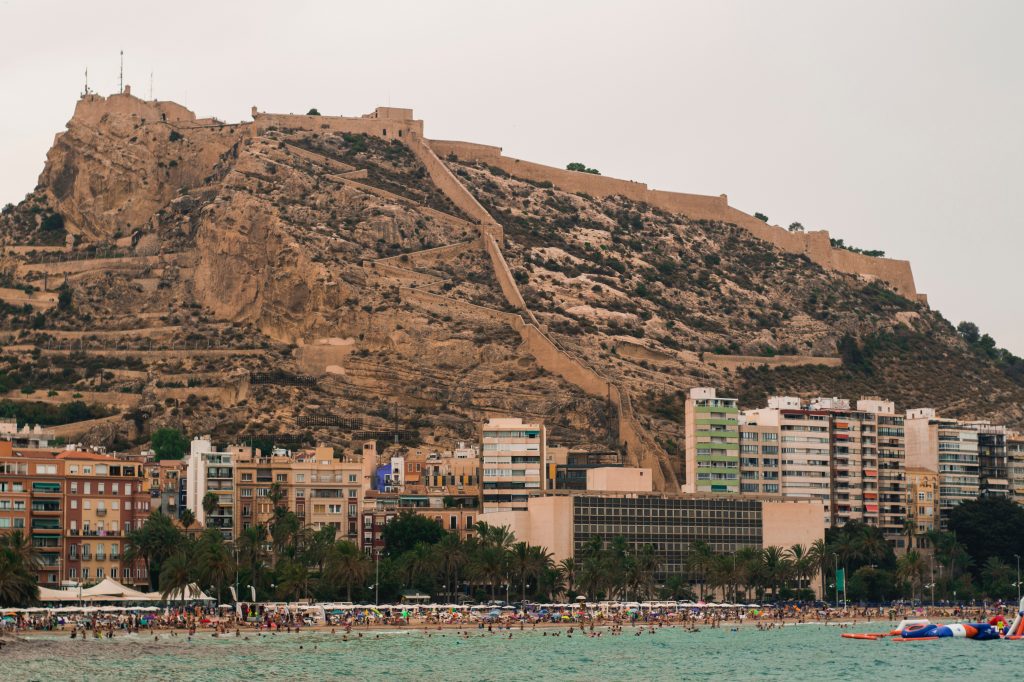 Alicante is very much doable on a budget, despite the euro not being as good value as it used to be.

Where possible, make the most of public transport, local markets, bars and restaurants off the beaten track to get a bit more out of your trip.

We recommend checking out the Revolut card for holiday spends – allowing you to spend abroad without any hidden fees whilst enjoying perfect exchange rates.

Another attraction is the ease in which you can travel to Alicante.

We’re always on the lookout for price drops here among other destinations across Europe, letting you know when flights are at their cheapest.

Simply select your favourite airports below and we’ll keep you in the loop!